Last week, Sascha Zverev, Grigor Dimitrov, and Victor Estrella won the three ATP250 events to have a little boost of their rankings.

After winning his second career title in Montpellier, Sascha breaks in the top20 after climbing three places (from no.21 to 18). Even if the German is at a career high, but it’s clear that he has a shot a breaking in the top10 if he keeps on winning.

Even if 2017 has just started, Grigor is probably having the best season of his career. The Bulgarian has already won 2 tournaments (Brisbane and Sofia), he has reached the semi-final in Melbourne, and he is enjoying an excellent 14-1 win/loss record in 2017. After winning the title on the home soil, Grigor overtakes Berdych as the new world no.12. Dimitrov is extremely close Monfils to have a shot at breaking in the top10 (Gael has only 220 points more than the Bulgarian).

Dimitrov win on his home ! He beats Goffin 7-5 6-4 ðŸ‡§ðŸ‡¬ðŸ‡§ðŸ‡¬ pic.twitter.com/Wx0jbC1gmi

Victor has won Quito for the 3rd consecutive time. The Dominican crashed out the top100 last week because in 2016 the ATP250 in Quito was played one week before (so he lost the points). After defending his title, Estrella takes back “his”250 points to gain 63 places and be ranked no.93. 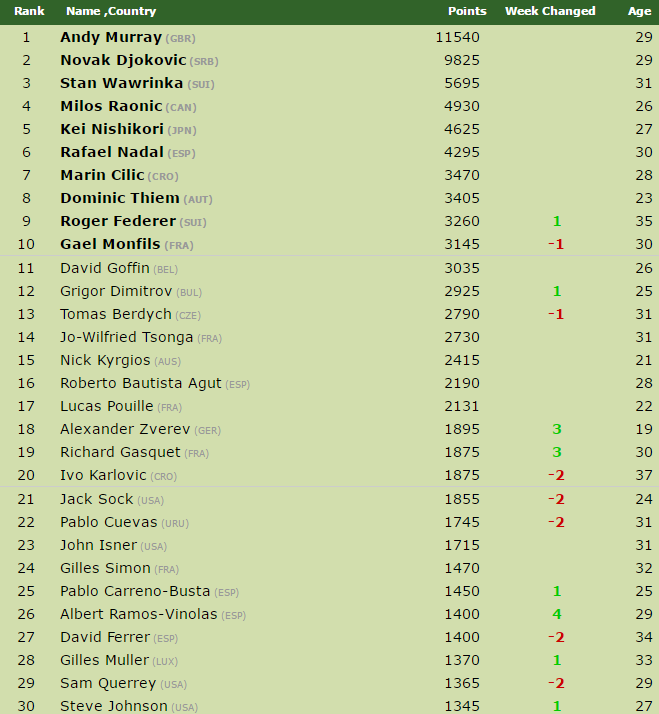