Kyrgios, Cuevas, Thiem are among the “top winners” in the rankings after a great week.

Nick has won his maiden tournament in Marseille in emphatic way after beating back to back Gasquet, Berdych and Cilic (and without dropping a single set). Nick has climbed 8 places to be ranked no.33. If he keeps on playing like he did last week, he will definitely break in the top10 this year.

Pablo has won an inspiring title in Rio de Janeiro after beating the supreme Rafael Nadal on the way (semi). After this feat Pablo is now ranked world no.27

Dominic had a couple of great weeks after winning Buenos Aires and reaching the semi in Rio. The most important part of it is that on his way he has defeated Nadal and Ferrer (not easy on clay… not easy anywhere!). Thiem is now ranked no.15 (career high) and he is aiming at the top10.

Guido had also an exciting week to reach the final in Rio. This allowed he Argentine to climb 29 places and be ranked no.42 (career high)

Sam surprised everyone after winning the tournament in Delray Beach. After last week Sam is ranked no.43 (18 places up). 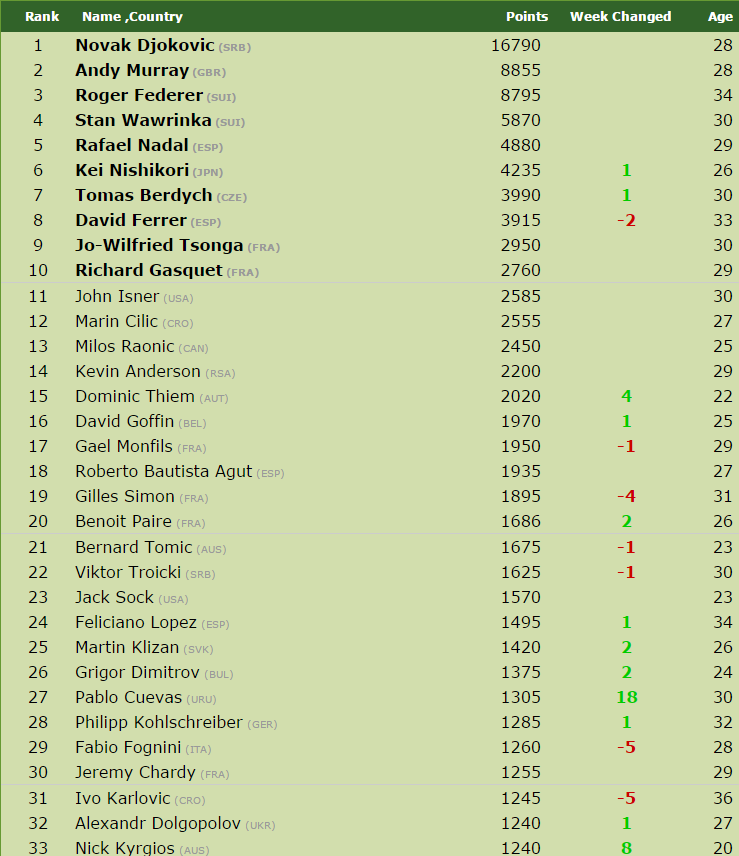