The Serbian legend reached the final in Ohio on 5 occasions, but till Sunday he wasn’t able to go 1 step further. This year it was a different story even if it wasn’t that easy.

Nole had to battle in every single match to win in 3 sets on 4 occasions, and interesting enough the “easiest” match was the final against Roger Federer. 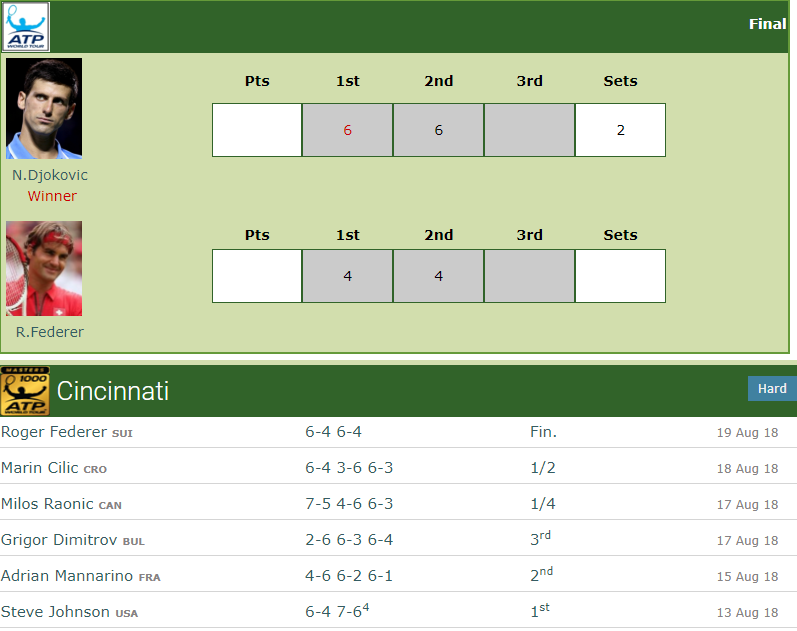 Roger was definitely not at his top, and he had to save 2 break points in the very first game. After a couple of good holds at love, the Maestro fell in the 7th game to give the decisive break to Djokovic that won the opener 6-4.

It seemed as Roger could reverse his fortune in the second set after he broke Nole in the 2nd game (2-0), but then the Maestro had to concede his serve soon after (2-1), and Djokovic went back in his grove. The Serbian conquered again the decisive break in the 7th game (4-3) after Roger was leading 40-0. That was it; Nole went on holding his serve in the next few games to win the contest 6-4 6-4.

During the on-court interview, Nole commented

“Obviously it’s a very special moment to stand here for the first time with the winning trophy here in Cincinnati.

Hard times I went through, it’s been a roller-coaster ride in my career with injury, taking time off and having surgery earlier this year. This seems a bit unreal to be back at this level.”

This is Djokovic’s 70th career title, the second of this season that has started really badly (with an operation) and it is getting better and better. 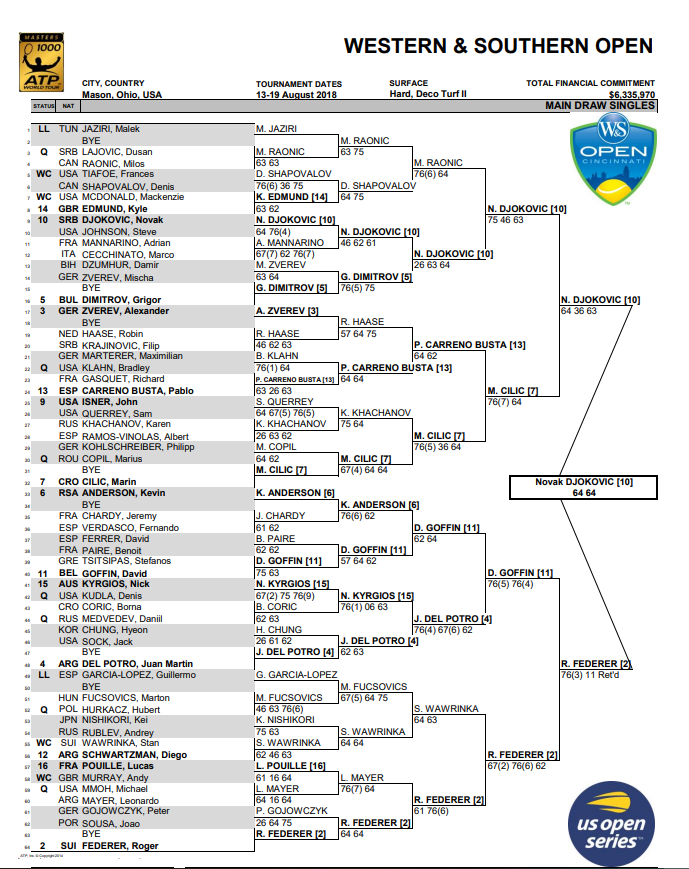