Novak Djokovic may still struggle to find continuity with his tennis, but for the time being, he is extremely good in finding the solution. The Serbian sensation managed to win 2 matches in the same day in Cincinnati after coming back from the brink on both occasions. The 3rd round vs. Dimitrov

Nole was opposed in the 3rd round to his good friend Grigor Dimitrov and he was really close to defeat when he was 1 set and a breakdown. Eventually, the former world no.1 managed to crawl his way back to gain a 2-1 (and a break-up lead) in the decider when the match was postponed for rain. When the contest resumed the day after, Djokovic didn’t blink to win 2-6 6-3 6-4.

The quarters vs. Raonic

Nole won the quarters against Raonic after he was 1 break-down in each set. In the first, it was Raonic that failed to serve out the match when leading 5-4 before Djokovic conquered the following 4 games to lead 7-5 1-0.

In the second set, Nole was broken again in the 3rd game (1-2), but this time he didn’t manage to recover the break and everything went to the decider.

Nole will face Marin Cilic in the semifinal. The head to head is 14-2 for the Serbian, but this time Marin has a big shot at beating Nole. 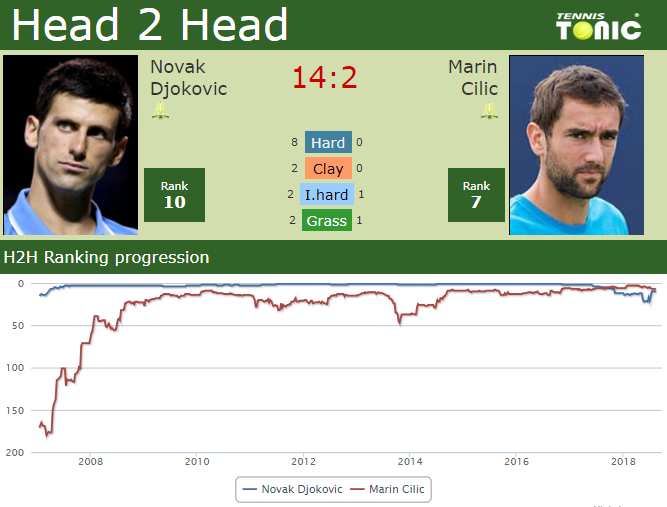