Even if Rafael Nadal has conquered the title in Toronto (his 80th!), the biggest winner of the week was probably Stefanos Tsitsipas.

The Greek has amazed the tennis world with his incredible run after he reached the final in Canada after beating 4 top10 players on the way.

Following this run, Stefanos goes up 11 places to be the new world no.15. Career high and much more to come.

After winning the Rogers Cup, Rafa consolidates his status as world no.1 to open a significant gap over the world no.2 Roger Federer (3,740 points).

Even if Karen’s performance in Toronto wasn’t as in the spotlight as Tsitsipas’, the Russian had a fantastic run to reach the semifinal. After last week, Karen goes up 11 places to be the new world no.27 (career high).

Juan Martin didn’t compete in Toronto as he was struggling with his left wrist. But since Sascha Zverev was unable to defend his title, the Argentine took full advantage of the situation to overtake the German and be the world no.3 (career high). 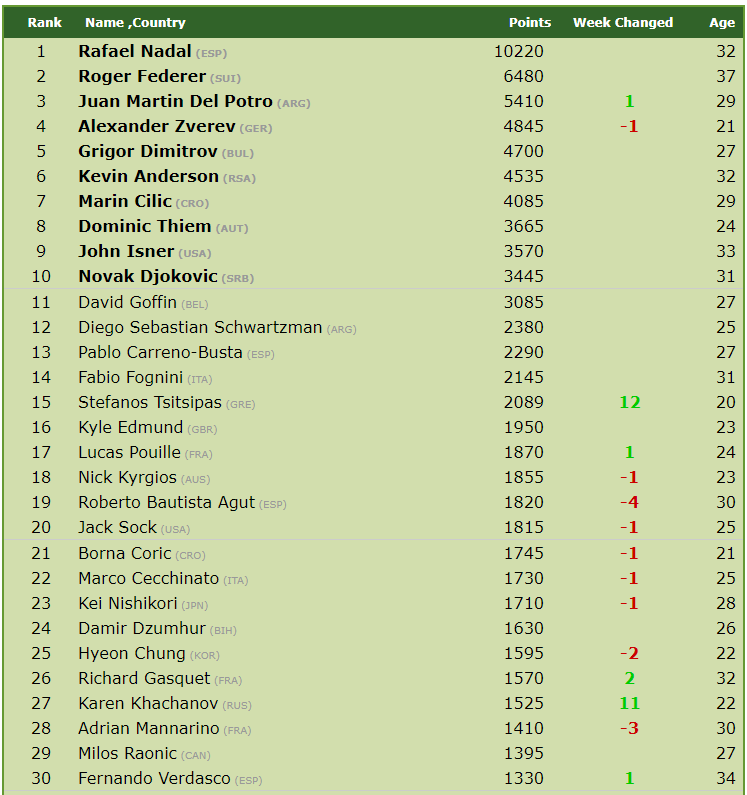