It was well known that Andy Murray wasn’t supposed to be at the top of his form during this edition of the Masters ATP1000 in Monte Carlo, but still this loss was pretty ugly.

Andy had to face the world no.24 Albert Ramos-Vinolas in the 3rd round at the Principality. After exchanging the first two sets, the world no.1 was enjoying an extremely comfortable 4-0 lead in the decider after he dropped just 3 points in the first four games. Then, things changed dramatically with Murray struggling more and more on his serve; the Spaniard took full advantage of the situation to fight back and win the following four games in a sheer dogfight (4-4). Andy managed to hold the next serving game after saving three consecutive break points (5-4). But that was it: Alberto won the following three games to claim his first victory against a world no.1 The final score was 2-6 6-2 7-5.

What a rally between Albert Ramos and Andy Murray! Point of the week? pic.twitter.com/yv7nyU1Jfd

Albert will play Cilic in the quarters. The head to head is 3-1 for Cilic. 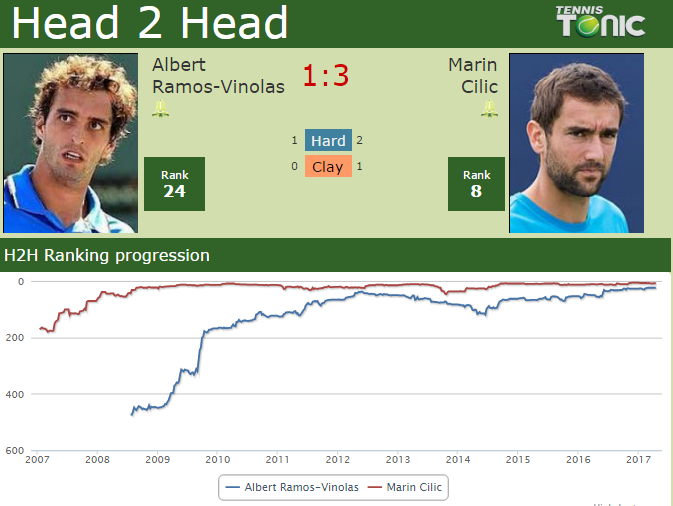