The American no.1, Jack Sock, wins an amazing match against Grigor Dimitrov in Indian Wells.

Jack was trailing on a 1-4 score line in the third set against the Bulgarian before breaking back in the 7th game (3-4). Things got complicated once again when Jack had to face three consecutive match points on his serve when he was 0-40 4-5 down. The American won the next five points after blasting a couple of winning serves, a forehand, and backhand winner before blasting another unreturnable serve. Sock had to save another match point in the following tiebreak to finally win the match 3-6 6-3 7-6 (7).

Sock will play next against Malek Jaziri. The head to head is 1-0 for the American that defeated the African no.1 3-6 6-3 7-6 (5) last year in the first round in Stockholm. 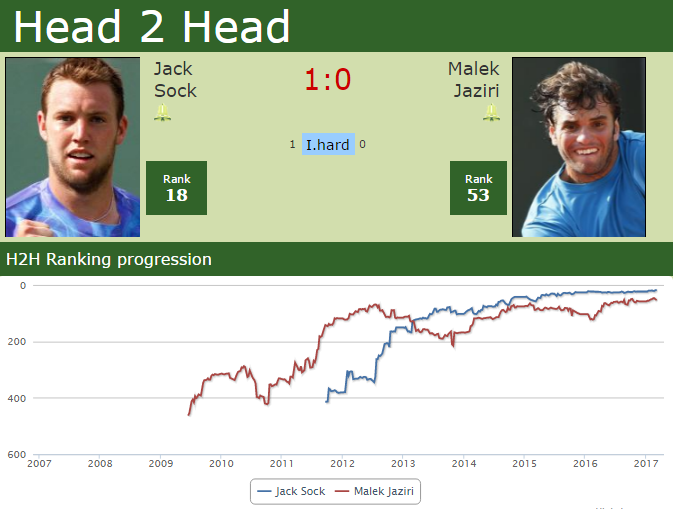