The Japanese no.2, Yoshihito Nishioka, didn’t start his Indian Wells campaign very well to lose in the qualifications 6-3 6-1 to Elias Ymer. Then things got incredibly well for the world no.70 that was admitted to the main draw as a lucky loser. Just by chance, Nishioka had to play Ymer again in the first round, but then he was able to defeat him 6-4 6-1. Later, the Japanese beat Karlovic 6-4 6-3, and today he won an incredible match against Berdych.

What happened against Thomas

Yoshihito was 1-6 2-5 down to save a match point before winning 1-6 7-6 (5) 6-4. Nishioka impressed with his never-die attitude and an immense grit. The Japanese has already stunned the tennis community in Acapulco where he defeated both the Delray Beach champion Jack Sock and the Memphis champion Ryan Harrison rallying from 1 set behind in both cases.

Nishioka will face either Wawrinka in the 4th round. 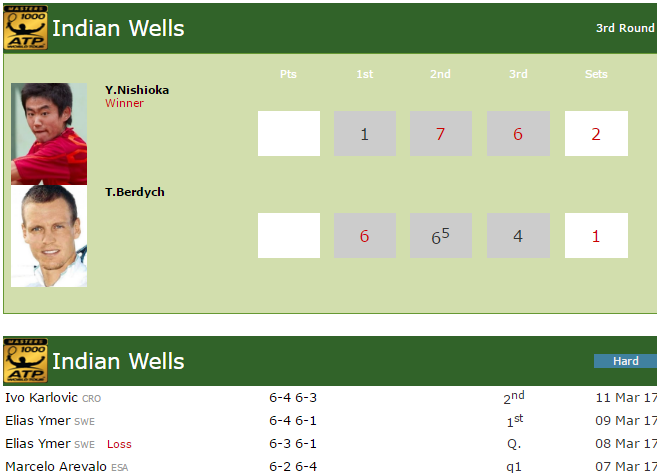