Andy Murray reaches the semi-final in Dubai after winning an amazing match against Philipp Kohlschreiber 6-7 (4) 7-6 (18) 6-1.

The entire contest was solved in one of the longest tiebreaks in tennis history when Andy saved seven match points. The world no.1 was fantastic when he saved a match point when he was 8-9 down with an incredible drop shot. After winning the tiebreak, Andy had an easy third set as Philipp couldn’t cope with the disappointment of having wasted so many chances. The final score was 6-7 (4) 7-6 (18) 6-1.

It was a special match to win. MURRAY

After the match, Andy commented,

“They can be very important matches to get through. I could have easily lost tonight, but the way I played when I was behind will give me a lot of confidence after what was a tough start to the year. I want to keep that going now; it was a special match to win because of how it went.”

Andy will face Lucas Pouille in the semi-final. The head to head is 3-0 for Andy that has conceded nine games in 3 matches to the Frenchman. 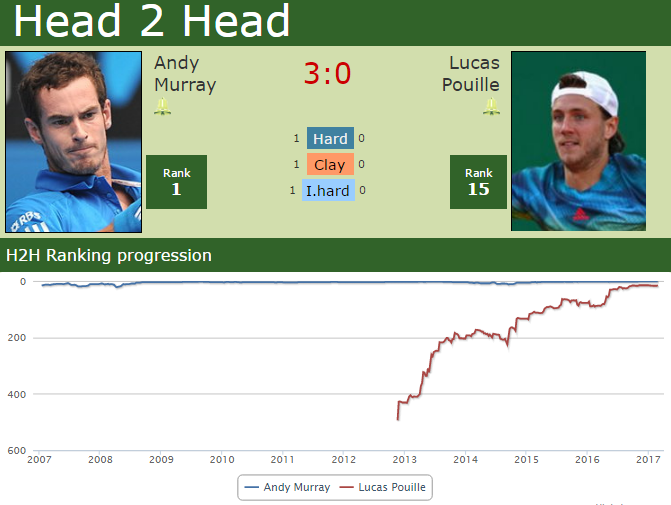