Rafael Nadal was in vintage mode against Paolo Lorenzi in the Acapulco second round. The Spanish legend scored 57 points vs. Lorenzi’s 29 during this 69 minutes’ match.

After the encounter, Rafa commented, “I played a complete match today, and I’m feeling great after a month without playing.”

The quarters vs. Nishioka

Nadal will play the Japanese no.2 and world no.86 Yoshihito Nishioka in the quarters. Rafa and the Japanese have never played each other before. 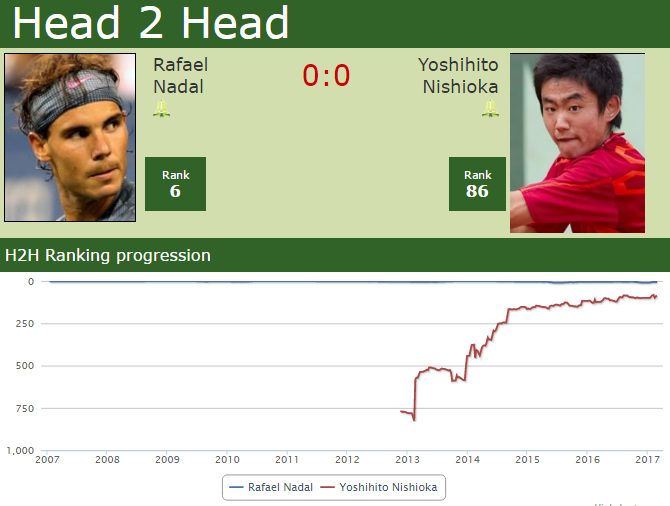