The Bulgarian is having a fantastic season to reach the final in Sofia after he won the title in Brisbane and he reached the semifinals at the Australian Open.

Grigor had an extremely easy ride in the Sofia semifinals against world no. 87 Basilashvili. The Georgian was having the tournament of his life after he defeated Thiem and Klizan on the way, but Dimitrov was just too much for him. The Bulgarian grasped a fast 5-0 lead after he conceded only 3 points on the way; then, Grigor won the opener 6-1. The second set was more even, but at the end Dimitrov managed to win four consecutive games to reverse the scoreline from 2-3 to 6-3. Dimitrov won the match in just 63 minutes (6-1 6-3).

Grigor will play David Goffin in the final. The head to head is 2-0 for the Bulgarian that has dismantled Goffin in the Melbourne quarters 6-3 6-2 6-4. The Belgian may be at a disadvantage also because he had to dig deep in the semifinal against Roberto Bautista Agut when he won 5-7 6-4 7-6 (3) after a huge roller coaster.

About his next match, Dimitrov commented “We played two weeks ago. I know what to expect from David again. He’s looking for revenge.” 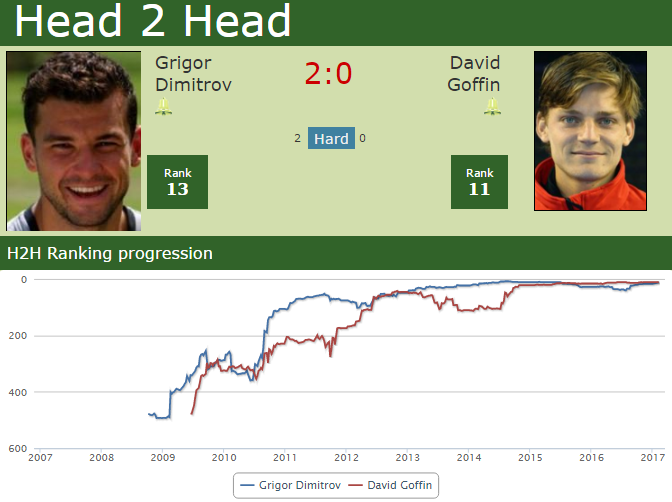