Former world no.3, Nadia Petrova announces her retirement at 34 years of age. The Russian didn’t have a complete season since 2012, and she hasn’t played a single match since 2013, so the announcement doesn’t really come as a surprise. The Russian has won 13 titles (singles). Nadia will now focus more on charity.

Tennis gave me so much.

The Russian released the following statement

“Tennis has given me so much. It’s given me a career, shaped me as a person, allowed me the opportunity to travel the world, make friends internationally and learn about many cultures. My opportunities have become endless, and for that, I’m forever grateful.”

I plan to stay involved in tennis in the near future. I will be devoting a lot of my time to the sport through charity work which I will make known soon. I may no longer be competing, but I will never be far from a court. My heart will always belong there.” 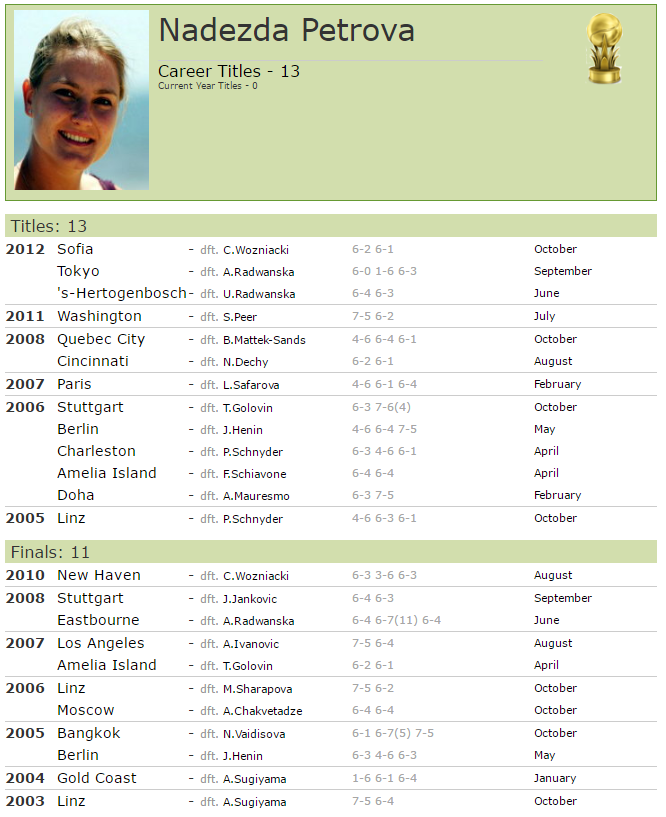