Andy Murray has an emphatic start of his London campaign after he defeated Marin Cilic 6-3 6-2 in 90 minutes.

The Brit won 60 points vs. Cilic’s 43; the crucial part of the match was when Murray won 5 consecutive games in the second set to reverse the scoreline from 1-2 to 6-2.

The atmosphere was fantastic. MURRAY

Andy was impressed with the atmosphere at the O2 to comment

“It was a really, really good atmosphere. After a long few months, it’s nice to know that I’m going to be finishing the year playing in that sort of atmosphere. It helps you get up for the matches a bit more, as well.”

Andy will play his US Open conqueror Kei Nishikori in the second match. The Japanese had an impressing run against Stan Wawrinka in the London opener to beat the Swiss 6-2 6-3.  Andy commented

“I didn’t see the match [vs. Wawrinka], but Nishikori obviously must have played very well. I would say this is probably his best year that he’s had on the tour. He’s one of the best players in the world. He’s been playing very well the last few months especially.” 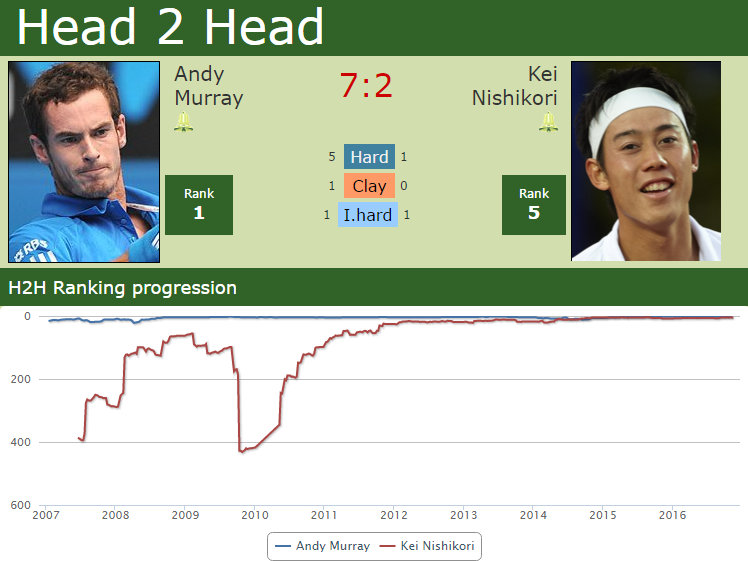