Even if Andy Murray had a rather good draw at this Roland Garros edition, the seed no.2 has been struggling to find his way in the tournament. In the first round,  Andy defeated Radek Stepanek 3-6 3-6 6-0 6-3 7-5 after playing Monday and Tuesday; yesterday, Murray defeated the world no.164 Mathias Bourgue 6-2 2-6 4-6 6-2 6-3. The Scot played a very strange match against the Frenchman to be annihilated after he was leading 6-2 2-0 without breaking a sweat; Andy lost eight consecutive games to find himself on a 6-2 2-6 0-2 score-line. Eventually, his opponent won also the 3rd set, and Murray had to dig deep to win the match in 5 sets.

There were so many great points between Murray & Bourgue in their 2R clash, and this is one of our favorites. #RG16 https://t.co/q22TccBPfk

Murray. He started to play unbelievable

At the end of the match, Andy gave full credit to his opponent “I was thinking, ‘What happened?’ I had a 6-2, 2-0 lead, and then he started playing unbelievable, and I was finding it hard to win points, not so much just games. It was a very big turnaround, and I’ve played these matches many times. Sometimes your opponent can lose a little bit of concentration, maybe play a bad game here or there. I just tried to fight through to the end.”

Andy will play Ivo Karlovic in the 3rd round. The head to head is 6-0 for Murray that is again the favorite, but nowadays you’ll never know. 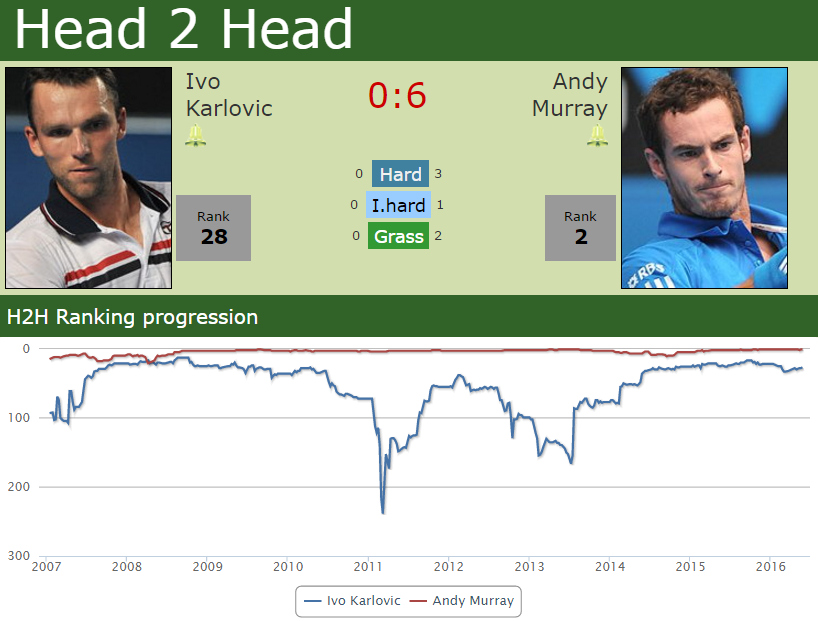