A great day for Agnieszka Radwanska that wins Tianjin to also qualify for Singapore.

The Pole had to work hard to qualify for the season’s finale and everything came thanks to a great Asian Swing as Aga won Tokyo and now Tianjin after reaching the semis in Beijing.

Radwanska had a particularly smooth ride in Tianjin after beating all her opponents in straight sets and, besides 1 match against Kulichkova, Aga trashed everyone on her path.

In the final Radwanska defeated world no.75 Danka Kovinic 6-1 6-2 in just 58 minutes to claim her 16th career title (the second of the season)

The Pole commented “I saw her here and she played really great tennis this week, so I didn’t really expect to have an easy match or anything. But I was really solid from the beginning. I think I was just using the conditions a little bit better today, and maybe that’s why the score was like that.” 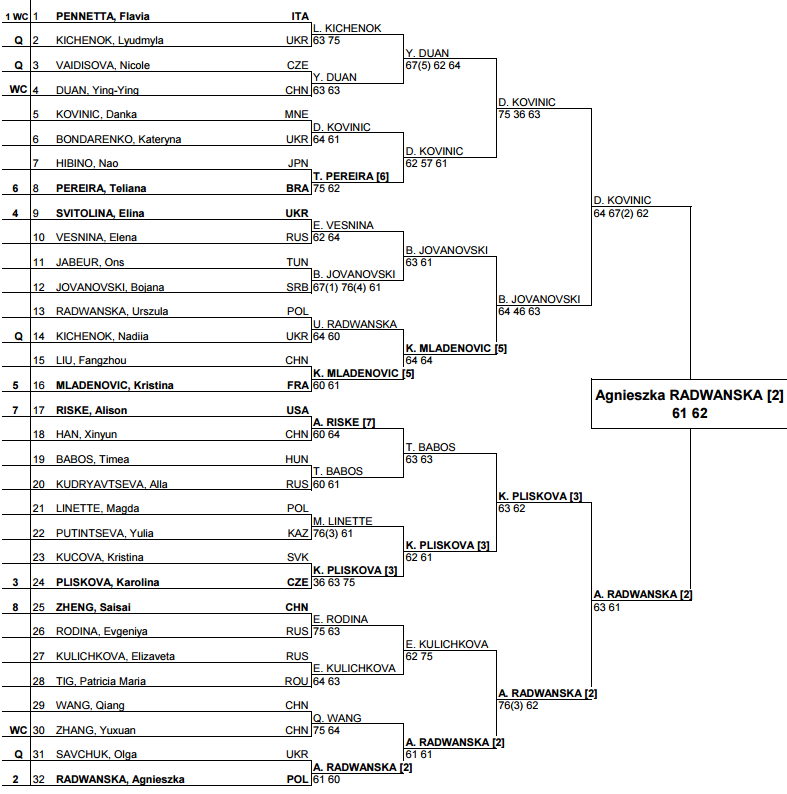