Agnieszka Radwanska plays a great match in Tianjin to defeat Karolina Pliskova in the semifinal 6-3 6-1 in just 66 minutes. Besides the great result and the fact that the Pole has now reached the final, Agnieszka can be elated also because she is 1 win away from qualifying for Singapore.

Radwanska: Surprised to have a chance for Singapore

Agnieszka didn’t have one of her best season in 2015 and she wasn’t sure about her chances to qualify for season’s finale. Eventually the Pole had an amazing run in this Asian Swing to win Tokyo, reach the semifinal in Beijing and now she got to the final in Tianjin.

Aga commented “Before the Asia tour I didn’t really think I had a chance to get to Singapore, but I played well in Tokyo, Beijing and now here, and I’m really happy I’m so close now

Tomorrow’s a big day for me, to have another title and to get to Singapore. I’ll try not to think about it on the court though!”

The final vs. Kovinic

Agnieszka is expected to have smooth ride against world no.75 Danka Kovinic. They have never played each other. 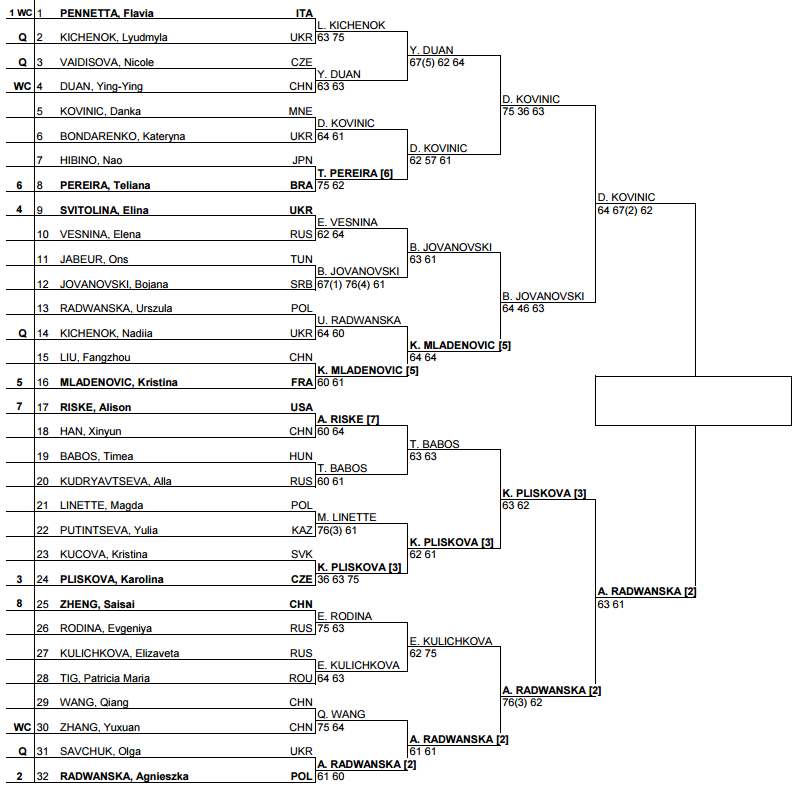