Yanina Wickmayer wins he 4th career title (the first of the season) in Japan.

Yanina commented “From the second set I was trying to rally and make her play, make her win the points. It wasn’t my best match of the tournament, but it was efficient, and that’s what matters.

It feels great. It’s amazing to win my fourth WTA title. It’s been a while since my third one, so it feels very good to lift a trophy up again after a few years. I’m very happy and very excited about it.”

The last time that Yanina won a tournament was 5 years ago in Auckland where she defeated Pennetta. “A lot has happened – it’s been five years,” she commented. “There have been some injuries, but those are just a part of the job, and part of the career. And the level of the tour has been growing as well – there’s a lot of tough players out there. It’s much tougher to win a tournament these days.

But going through all of the hard work and tough moments makes winning a lot more special.” 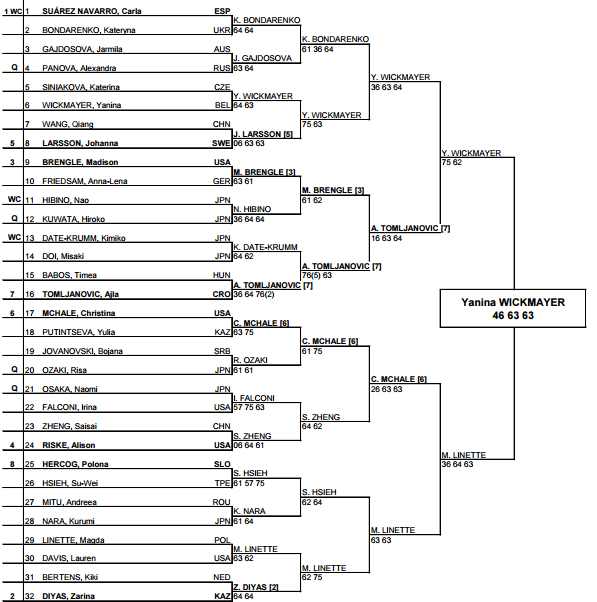