Marcos Baghdatis produces a big upset in Nottingham after defeating seed no.1 David Ferrer in straight sets while Simon adds some more spice to the day after beating Granollers in an epic.

Marcos played a very “clean” match against Ferrer to stun the seed no.1 with a great start in the first set (4-0). After winning the opener (6-2), the Cypriot battled to win the second at the breaker. The final result was 6-2 7-6 (4). Marcos will play rising star Alexander Zverev in the 3rd round.

Gilles had a nail-beating victory against Granollers 4-6 7-6 (3) 7-6 (0). The Frenchman had to recover from a 4-6 3-5 0-40 deficit (ie. 3 consecutive match points on Granollers’ serve) to win the 2nd set at the breaker (at 3).  The Spaniard squandered another opportunity after leading 3- in the breaker. Eventually Marcel was broken again in the 8th game (4-all) to completely implode in the final breaker at 0.

Simon will play Joao Sousa in the next match. Head to head is 1-all. 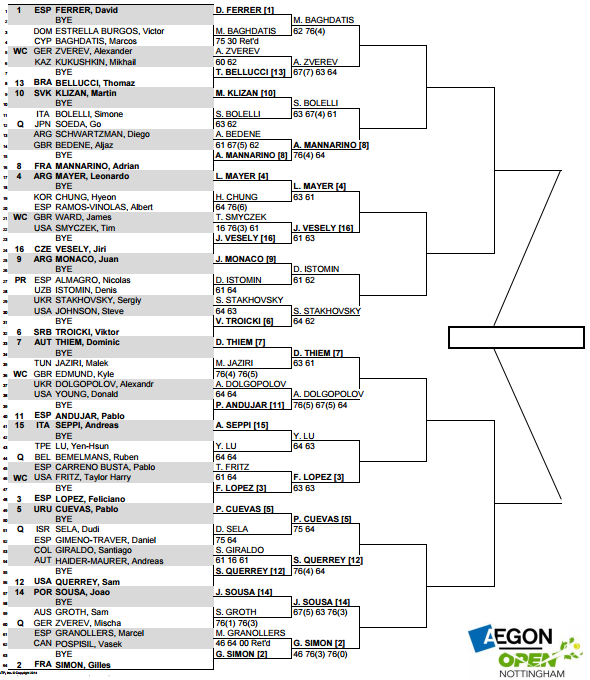