In Cincinnati, The Swiss Maestro spent 3 hours and a half on court on Thursday after he had to play 2 matches in the same day like many of his colleagues.

Eventually, Roger had a “free pass” on Friday as David Goffin retired for injury when the match was on a 7-6 (3) 1-1 scoreline. This is very good news for Roger that has spent only 63 minutes on court against the Belgian, and that is definitely a good help for the world no.2 to being fully fit for the final.

The semis vs. Goffin

The semis against David wasn’t easy especially at the beginning when the  Belgian was serving so well to drop just 1 point in the first 3 service games. Then things got a bit more “normal” with Federer taking a good look at Goffin’s serve, especially in the 12th game when Federer had 3 break/set points on David’s serve. Eventually, Roger didn’t convert any, but he had a good run in the following breaker after conquering a decisive 4-1 lead. Later in the 2nd set, Goffin had to retire as he was struggling with a shoulder injury and he probably didn’t feel he was ready to play 2 more sets to have the chances to beat Federer.

I played a good breaker. FEDERER

Soon after the match, Roger commented

“I just think in general here in Cincinnati you’ve got to win the big points. There are not that many opportunities, especially if you protect your serve well. Everything goes very quickly. You can’t play the rallies like you normally would like to. You’re playing very reactive on the return and active on your own serve. Of course it helps when you win that first-set tie-break, because it’s an emotional boost, as well, besides getting extra confidence.

So I was just happy how I was able to lift my game up throughout the set, and then also in the breaker, I played a good breaker, so I was actually very happy.”

The final vs. Djokovic

Roger will face Novak Djokovic for the title. The head to head is 23-22 for the Serbian, but Federer has a huge opportunity to make it even and win his 8th title in Cincinnati. 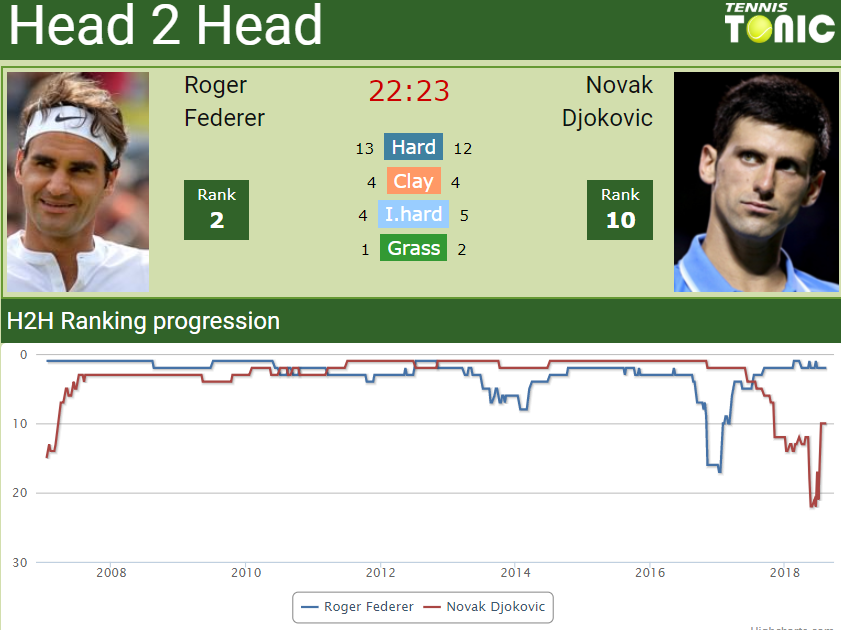 Federer: “My kids are making me crazy” These are Roger Federer and Serena Williams’ challenges when tennis is... Why Federer and Nadal will not play Djokovic’s Adria Tour Federer and his nice comments for Djokovic in this video celebrating... Federer not missing much playing tennis. He decided not to train