Rafael Nadal has another fantastic run in Toronto to reach the final after beating Karen Khachanov in straight (and tough) sets.

Rafa had to play solid to beat the Russian that was in great form, and he didn’t drop a single set for the entire event. The only time when the world no.1 blinked was in the 1st set when he conceded his serve at love soon after breaking Khachanov (from 2-0 to 2-1). After that, Rafa stayed solid to win the opener at the tiebreak.

In the second set, Nadal conceded just 6 points on his serve, and he conquered the decisive break in the 3rd game before winning the match 7-6 (3) 6-4.

I had to resist. NADAL

Soon after the match, Rafa commented

“He’s a great server. Hits big shots from the baseline. He has an especially great backhand, and he can hit the forehand very strong too. It’s true with the forehand sometimes he has mistakes too, but he plays very aggressive, and he hits the ball very strong.

I needed to resist and play aggressively. When I was able to move him, I think I was a little bit more in control. But it’s difficult to make that happen because he hits the ball very strong.”

The final vs. Tsitsipas 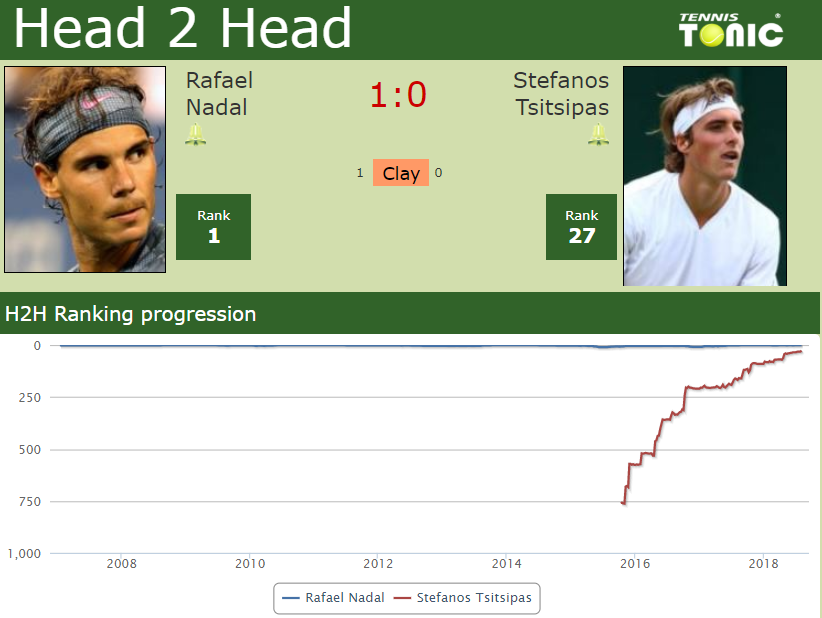