After last week events in Rio de Janeiro, Delray Beach, and Marseille, we had some reshuffling in the rankings.

Diego won his first ATP500 in Rio de Janeiro where he didn’t drop a single set. This performance allowed the Argentine to finally break in the top20. Now ranked no.18 he is at a career high.

Denis had a decent week in Delray Beach where he reached his 2nd ATP semifinal before losing to a surprising Frances Tiafoe. This run allowed the Canadian to get more points to go up 1 places in the rankings and be the new world no.45 (career high).

Kevin didn’t play last week, but he got full advantage of the fact that Jack Sock couldn’t defend his point in Delray Beach. Therefore, with the American losing 2 places, Kevin went 1 up to be the new world no.8 (career high).

Frances won his first ATP title in Delray after a sensational run. The upcoming American goes up 30 places to be the new world no.61. His career high is still no. 60. Much more to come. 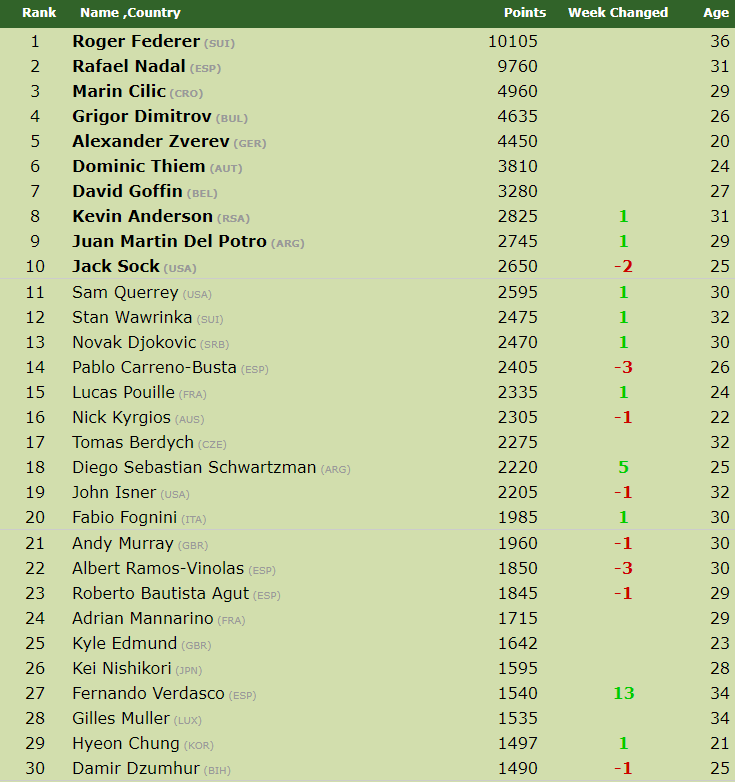