Grigor Dimitrov ends his Round Robin campaign at the ATP Finals in London in style. The Bulgarian sensation demolished Goffin in his 2nd match 6-0 6-2 and soon after he also conceded 2 games to Pablo Carreno Busta after he defeated the Spaniard 6-1 6-1 in exactly 1 hour.

There is no much to comment about Grigor’s match against Pablo; the Bulgarian scored doubles the points of his opponent (56 vs. 28) before winning an extremely easy match.

I followed my game. DIMITROV

Soon after the match, Grigor commented

“I wanted to keep on going with the style that I’ve been doing so far… I followed my game well and didn’t make mistakes. I think the simplicity helped me to play such a good game, to go through those matches in such a manner.”

The semis vs. Sock

Grigor will face a surprising Jack Sock in the semifinal. Thea head to head is 3-1 for the American that has defeated Dimitrov in the last 3 matches. However, this time the Bulgarian seems to be the hot favorite to reach the final. 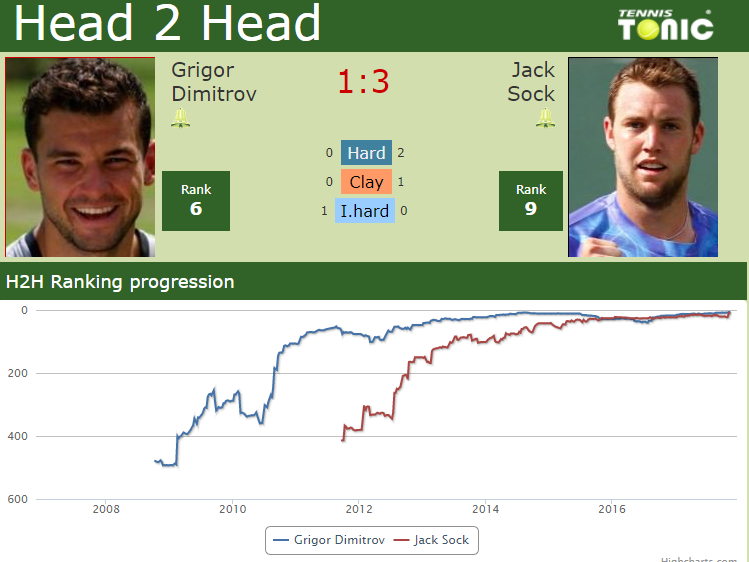