Tianjin, China. Finally, Maria Sharapova is 1 step away from winning her first title after her comeback.

Now ranked world no.84, the Russian beauty hasn’t conquered a single final since May 2015 when she triumphed in Rome. Then Maria had to serve a ban for doping, and she was struggling big time to find some meaningful results after she came back.

Finally, Maria reaches the final in Tianjin where she hasn’t dropped a single set during the entire tournament. Sharapova had a comfortable ride also in the semi-final against the defending champion and home favorite Shuai Peng to defeat the Chinese 6-3 6-1.

It has been a long road. SHARAPOVA

“The finals are the stage that I want to be at and where I want to do well. It has been a long road, so this is very rewarding, but I also know I have another match to play, so as much as I want to be happy and content, I know that I have an ambitious opponent in front of me.”

Sharapova will face rising star and world no.102 Aryna Sabalenka. They have never played each other so far. Maria is widely expected to win this one. 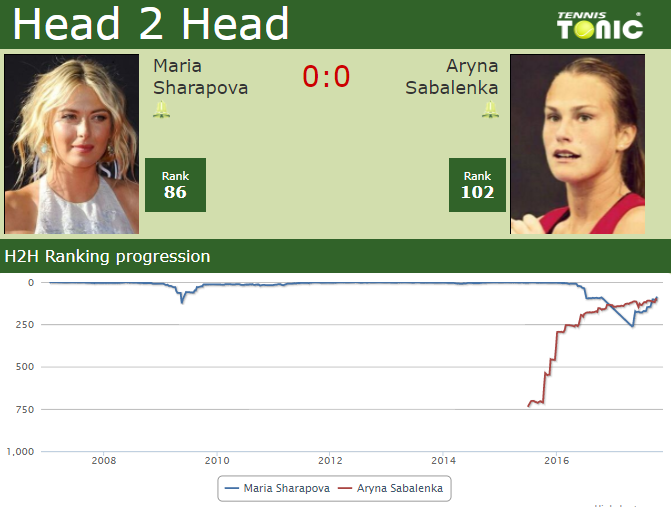